Get More Updated Apps with Windows 8.1

When we talk about operating systems for mobile devices, Microsoft is among the brands that really deliver in terms of quality and what they have promised. Several months ago, it launched Windows 8 that offer touch capabilities. Apparently, the operating system was so successful in taking users’ PC experience to a whole new level that it now has Windows 8.1. If you think that the earlier version gives you a great experience when using mobile devices such as smartphones and tablets, the latest version hopes to make it even better.

The latest version of Windows 8 brings many updates. One is the improvement in the built-in applications. In particular, the Music app and the photo app now have big improvements in its features. For example, users can have the option to edit their photos directly from the Photo app. They can then access the pictures from Camera applications, SkyDrive and Mail. With this, users can save time and can have more convenience in editing and managing their photo files. This makes keeping photos a lot more fun.

Another update to the Windows 8 is its capability to turn the tablet into a digital photo frame. For example, users can have the option to customize the start screen page of their tablets. They can choose a picture or a series of pictures which will be shown in the start screen display. Even if the tablet is locked, the pictures will still be on display creating the effect of a digital photo frame. If you want to add new pictures, you can do so by clicking the built-in camera. This does not require you to unlock the device, which is also great as it is more convenient.

With these features and capabilities, the latest and most advanced OS from Windows definitely brings the camera and gallery features into a new level. These are brought out of the system so that users can access them directly from the lock screen. With this, they don’t have to go deeper into the applications section just to access the said function and features.

Another update that will surely delight users is the multi display system. As you know, a lot of people perform multiple tasks simultaneously on their device. Usually, the reasons are either professional or personal. But whatever the reason is, it is important to have the capability to do such. With Windows 8.1, different screens are allowed work as a totally different system. Moreover, there is a different Windows Store for every display.

Another great thing about the improvement in the display is that applications can be opened in multiple windows. This allows users to properly segregate their work whenever they do multitasking. This is particularly helpful with dealing with numerous tasks with the same application.

With Windows 8, users find it difficult to browse the Internet using the Internet Explorer. That is why they always switch to other browsers like Chrome and Firefox. This is not good as the Internet Explorer is from Microsoft. Imagine users using a Microsoft OS but with a different browser. With that, the company addressed the problem by updating the IE10 to IE11 version, which is much faster in terms of speed and response to the Windows 8.1.

Very clearly, the updated version of Windows 8 brings a lot of improvement which work for the convenience of the users. So, if you want to enjoy more your photos, have an ease with your multitasking and faster Internet browsing, then you have to switch from Windows 8 to Windows 8.1. 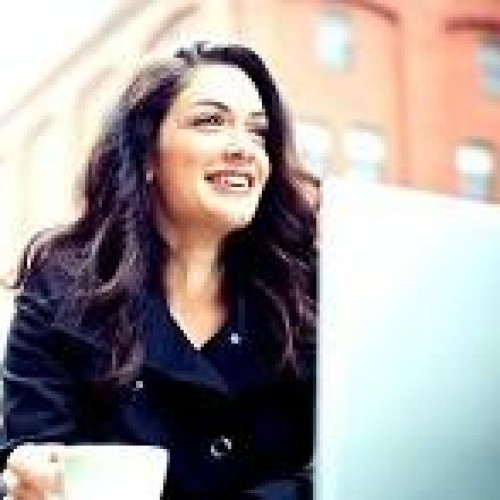 michellesimpson
Michelle Simpson is a full-time professional editor that focuses on online writing services, specialized in the field of technology like RingCentral Small Business Phone, business and current trends in the industry. www.ringcentral.com

Recover The Lost Data With The MAC Data Recovery Software

Losing data is a common problem these days and none of the devices is...

Keyboard shortcuts are combinations of two or more keys that perform a task that...