Social Networking had forever been a chief idea of human relationships and it existed since time long time. However the world woke up and had a notice on it only with the inception of popular sites like Twitter, Facebook, Orkut and MySpace. Since then people wanted to add their own features on such network and there emerged exciting tools like Ning, CollectiveX and Snappville. But then we know web industry is demanding so we all wanted to have more control over domain, branding, design and database. With that in mind this amazing thing introduced  Open Source Social Networking Script.

Here i’m going to share top 20 Free PHP Open Source Social Networking Scripts that can help you build your own network in no time!

Affelio – Affelio Open-source social networking software can be availed at SourceForge which is among largest open source software provider. It helps people to build cool stuff and share it with a global audience. Distributed architecture, Internet-wide scalability, highly customizable is few among the key features.

AROUNDMe – AROUNDMe is little different, here you do not create your own social network site but helps building your own collective service that permits your user to make their network and group. AROUNDMe is fully customizable with XHTML, CSS, PHP, and JAVA.

Anahita Social Engine – Anahita is scalable social networking software that is built as Joomla extensions with Nooku framework. Some of the outstanding features would include fully customizable, follows Google Open Social Standards and works with Amazon Cloud storage.

BuddyPress – BuddyPress is a great packaged collection of plugins and themes for buiding up a social network service around an installation of the well-known open source blog engine WordPress MU.

Dolphin – Dolphin Smart Community Builder is universal open source software that allows you to build any kind of online community. With a huge variety of features & options, you can quickly launch your own very unique and successful website.

Elgg – Elgg empowers individuals, groups and institutions to create their own fully-featured social environment. Elgg was awarded with the best open source social networking site last year and since then the usability of this software was even augmented. This piece of software will offer you almost everything that you need to build and manage a social network.

iSocial – iSocial  social networking CMS software allows you to create your own Friendster and Orkut like sites. Use bookmarks, dating and create groups with just one mouse click.

Insoshi – Insoshi is one of the new open source social networking software that is build on Ruby on Rails released this April. Basic features are well integrated and free open source plan is available.

kickapps – KickApps provides brands, enterprises and web publishers with solutions that enable them to create and manage next generation web experiences that are social, interactive, dynamic, distributed, and data-informed. With KickApps you can build your own community with social networking and photo & video sharing, widgets, custom video players and much more.

Lovd by Less – Lovd by Less is among few open source social networking platform written in Ruby on Rails. You will find most of application ready with Lovd by Less that is needed. Flickr and YouTube are integrated with the software. If you are not a PHP lover then Lovd by Less is your option.

Mahara – Mahara is an open source social networking plus ePortfolio web application. You can create and maintain a digital portfolio of their learning, and great social networking features to interact with each other. Blogs, resume builder, file manager and view creator are key features of Mahara to help you create arrangements of content in a particular way for others to see.

Mixxt –  Mixxt open source helps you build own social network fast. Features included are quite powerful. You can choose from many Community functions such as Forum, images, events & wikis.

Mugshot – Mugshot is a Java based software developed last year. It is sponsored by Red Hat and allows users to pull together all online activity at one place. Mughots integration with music sites like iTunes, Rhapsody, Yahoo! Music, and others are key features.

OpenQabal – OpenQabal open-source social-networking and collaboration platform is driven by the principles of federation, composition, and openness; with a unique highlighting on enabling “distributed conversations”. Basically written in Java and interoperate readily with other applications which are built on open standards such as RSS, XHTML, Web Services, WS-Trust, WSDM, WSRF, and more.

Phpizabi – PHPizabi open source social networking site comes with is great features for creating & managing basic-to-advanced communities. However, it works superb with small network and may have problem building up big network.

Xoops – Xoops is another well-known extensible CMS allowing you to build social network based on your needs. Starting a personal blog and then expanding it to social network is possible via various modules. Xoops uses Yogurt module to create site with many exciting features. Both Xoops and Yogurt are written on PHP and also goes with LAMP. 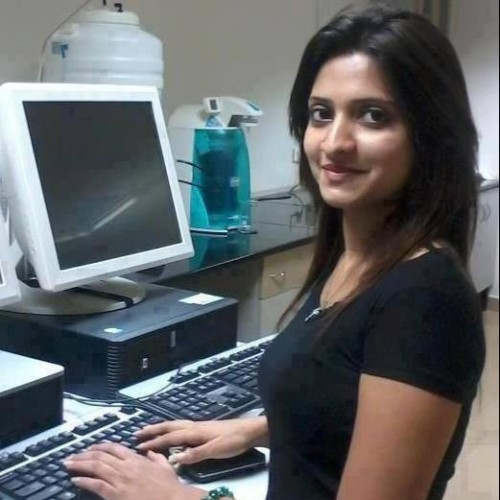 Kritika Singh
Hi This is Kritika from India. I am an Engineering Student. My Interests are sharing ideas in web. Listening Songs and playing badminton.

7 Ways on how to Leverage Social Media to your advantage

Social media has been a big part of today's ever-changing world. Users can now...

Hello Guys, If you want to make a website that can help users to...

Firefox is a Superb web browser and it is also work as a great...